I think we can all agree that 2020 was, on balance, a rubbish year. The relentless statistics and depressing news about the global pandemic overshadowed everything else, so we thought we'd share some things which amazed, heartened and delighted us. Many of them are not coronavirus related! It might have felt like we took several steps backwards last year, but it would be great to remember 2020 as a year when many human endeavours continued and flourished despite everything.

Space puts day-to-day life into perspective. Projects are long term, so breakthroughs and achievements in the headlines will have been underway for many years. Here are some highlights from 2020:

Chang'e-5, the fifth spacecraft in the Chinese lunar exploration programme, launched on 23 November, landed on the moon on 1 December, and returned to earth with 2 kilograms of lunar soil on 16 December. Only two other countries have ever brought back moon samples, the U.S. and Russia, and it's the first time that it has been done in over 40 years. The next phase of the programme will be to develop a robotic research station near the Moon's south pole.

Bob and Doug. On 30 May, NASA astronauts Robert Behnken and Douglas Hurley lifted off from the Kennedy Space Center in Florida in the first crewed test flight of SpaceX's Crew Dragon spacecraft. They docked with the International Space Station on 31 May and returned to Earth in the same capsule on 2 August. It was the first time since the Space Shuttle programme ended in 2011 that NASA was able to send humans to space from within the U.S. and the first time that the service was provided by a private company. 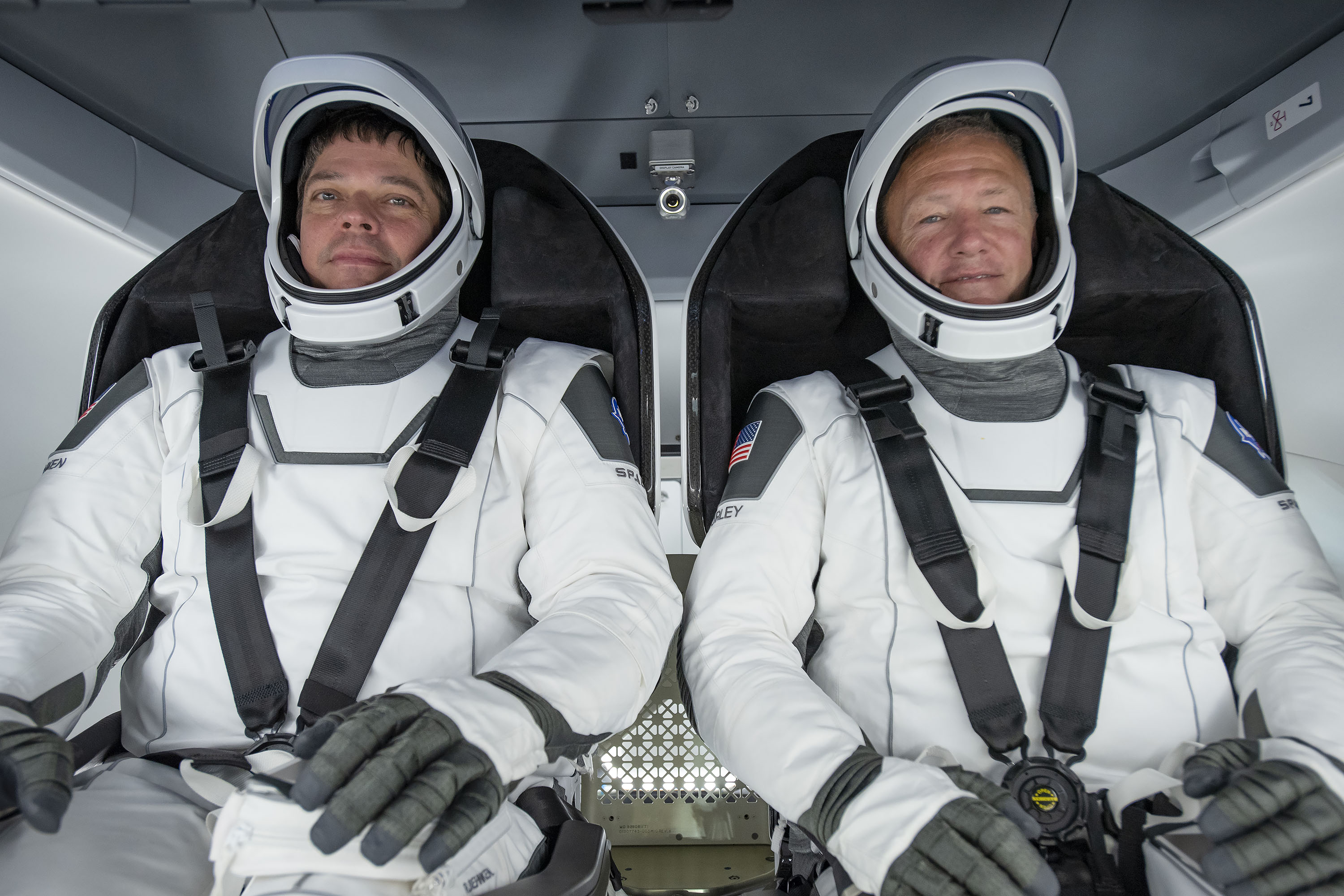 Hayabusa2 and Ryugu. A capsule from the Japanese mission returned to earth on 5 December carrying a sample of black dust taken from asteroid Ryugu. It's hoped that the samples will help scientists understand the early days of the solar system and could provide clues about the ancient delivery of water and organic molecules to Earth. The Hayabusa2 spacecraft was originally launched in 2014; it will now fly out to explore new targets by making observations of other asteroids and exoplanets.

Askap (Australian Square Kilometre Array Pathfinder) is a collection of 36 dish antennas spread across 6km in Western Australia which work together to take panoramas of the sky. Australia's national science agency, CSIRO, reported on 30 November that the new telescope has mapped three million galaxies at twice the level of detail of previous surveys in just 300 hours. Previous all-sky surveys have taken years.

There's lots more to look forward to in 2021. In February, three missions will arrive at Mars: a U.S. and a Chinese rover and then an orbiter from the United Arab Emirates. In October, NASA is planning to launch a huge new space telescope to replace Hubble. 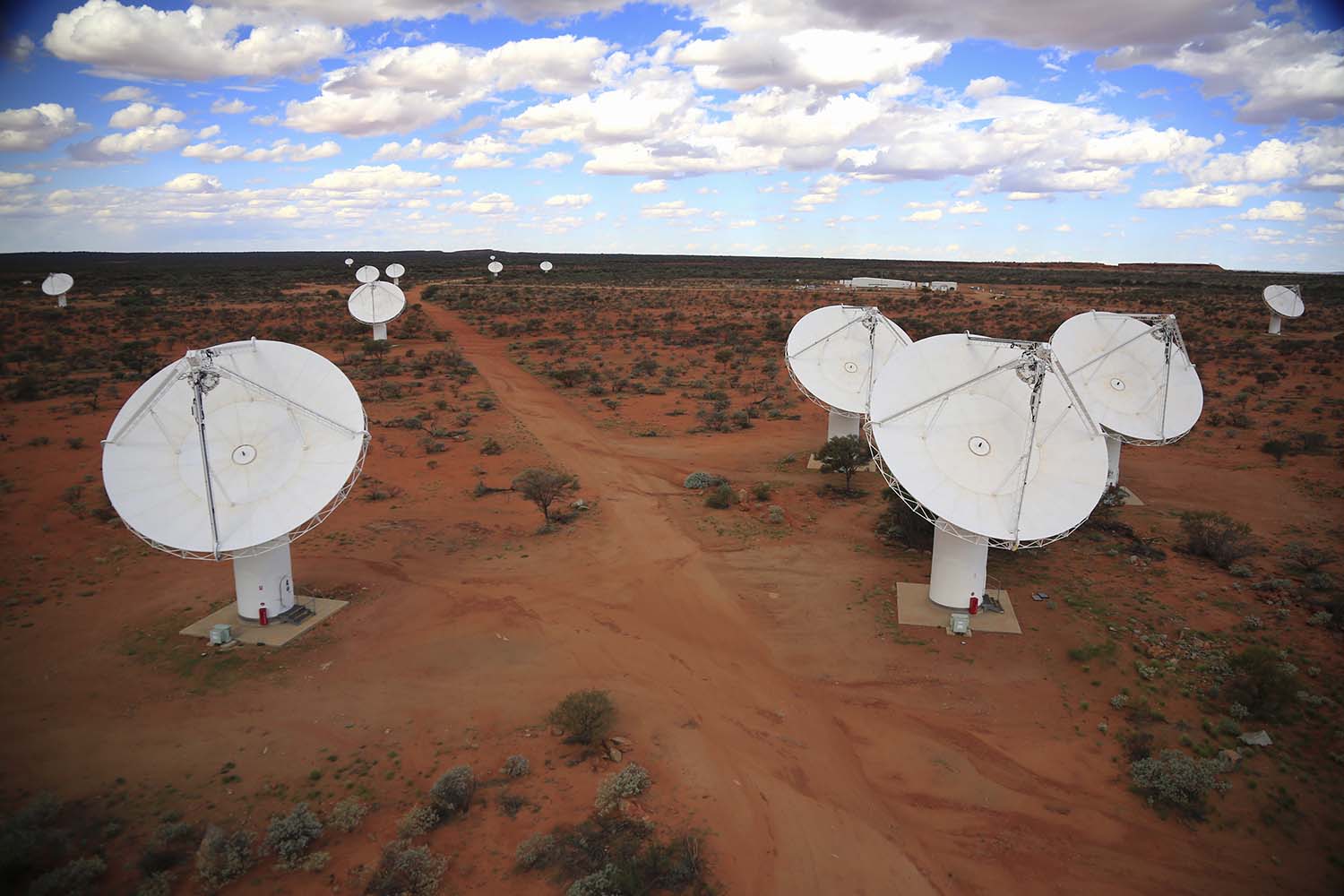 If you think last year couldn't have been any worse, imagine what it would have been like without internet access.

Video calls have become the norm for a great deal of communication. During lockdown people of all ages and walks of life had to very quickly get to grips with Tai Chi classes, school lessons, work meetings and group quizzes over Zoom or Teams. It's amazing how we (ourselves included) suddenly feel more confident and willing to use video now, even though the technology has been around for ages. The limiting factor for video calls is a poor internet connection, which is why it's good news that (apparently) 95% of UK homes can get access to superfast broadband and that 5G continues to be rolled out.

TV and movie streaming services came to the fore as we were forced to entertain ourselves at home. There's a dizzying amount on offer from the likes of Netflix and Amazon Prime plus newcomers Apple TV+, Disney+ and HBO Max; hopefully more varied and independent content will become available in future, such as National Theatre at Home which was launched in response to popular demand. Warner Bros. announced that all their 2021 titles will be released in cinemas and streamed on HBO Max the same day. Cinema box office smashes may become a thing of the past but for viewers there's more choice than ever before.

Virtual tourism has taken off with museums, galleries and historic sites around the world offering virtual tours. Google Arts and Culture offers Streetview access to not only museums and galleries but also national parks. The Faroe Islands introduced Remote Tourism where virtual tourists could control the movements of a local person equipped with a web cam in real-time in order to explore the islands. 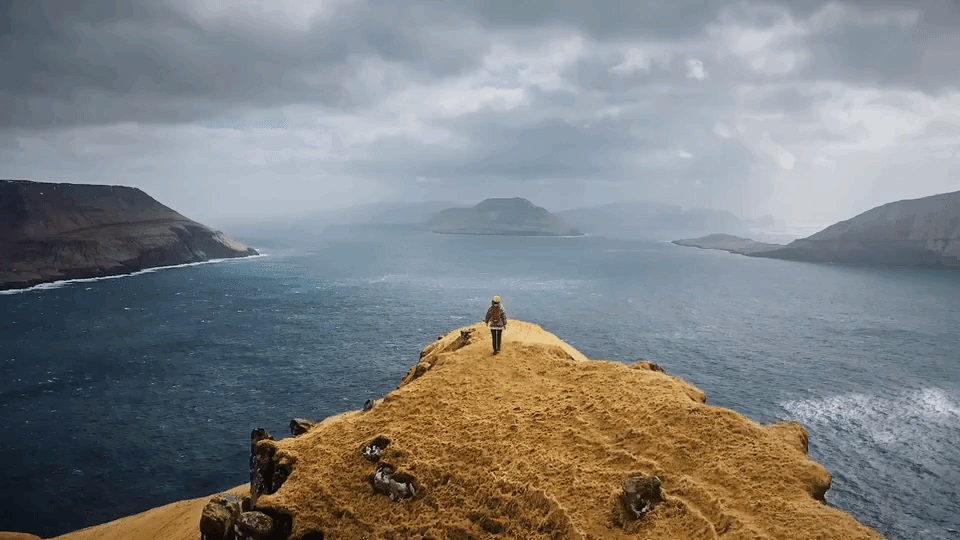 Podcasts, which I  previously waxed lyrical about, continued to provide a welcome distraction and, in many cases, a deep dive into thorny issues related to pandemics, vaccines and other topical subjects.

Online shopping became not just a luxury or convenience but essential for customers in isolation and shops unable to open. Deliveroo was on the brink of collapse before finally turning a profit during the pandemic as restaurants and pubs were limited to only offering take-aways and demand soared. It may be great for Amazon but it's terrible for a lot of traditional high street shops. It has, however, been encouraging to see many of our clients adapting to sell and offer more online.

Creativity and ingenuity have translated many events and experiences to virtual and online. In 2020 we took part in and created our own online puzzle room, attended Software Cornwall virtual training and conferences and played board games with friends and family amongst many other new experiences. I very much enjoyed having a literary counsel from Lostwithiel bookshop Lost In Books via email. More and better online courses, entertainment and experiences will no doubt be available even after we can meet face-to-face again.

The video gaming industry was estimated to be worth $159.3 billion in 2020 - an increase of 9.3% from 2019 and much more than the $90.07 billion which was forecast in 2016. Current estimates predict it will be worth $200 billion by 2023. Lockdowns and shelter-in-place advice have only added to a sector that was already expanding enormously every year.

2020 saw the launch of new major new consoles. In November the Xbox Series X/S and Playstation 5 hit the shelves while in December the KFConsole was officially launched, a KFC branded games console which contains a Chicken Chamber to store and keep food warm (yes really). 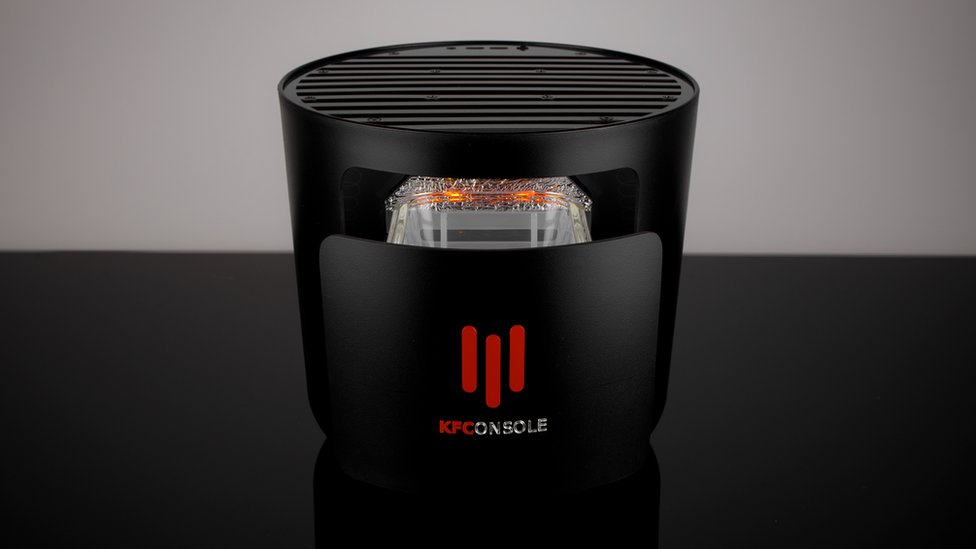 Games on mobile phones and other devices have also increased massively in popularity. At the end of 2019 Mat wrote about the virtual reality Oculus Quest and how much he loved it. The Oculus - plus many of our old favourites on the Playstation (shout out to Just Dance) - were put to good use during our quarantine here in Spain when outdoor exercise wasn't allowed.

We aren't the only ones who have been playing games. Deepmind's AlphaGo programme defeated humans at Go for the first time in 2016. In November of this year, it announced that MuZero had mastered Go, chess, shogi and Atari without needing to be told the rules. This ability to develop strategies in unknown environments "may pave the way towards tackling new challenges in robotics, industrial systems and other messy real-world environments where the 'rules of the game' are not known".

Artificial intelligence is being used increasingly across every facet of life, from healthcare to quantum physics. Algorithms are already generating literature, art and music. We regularly use This Person Does Not Exist for website images. As the name suggests, its photos are not made up of real people but are completely generated by a computer. Sometimes they are a bit strange and hats appear to be a particular problem (they often seem to be incorporated into the person's head!) but most of the time the faces are totally convincing. 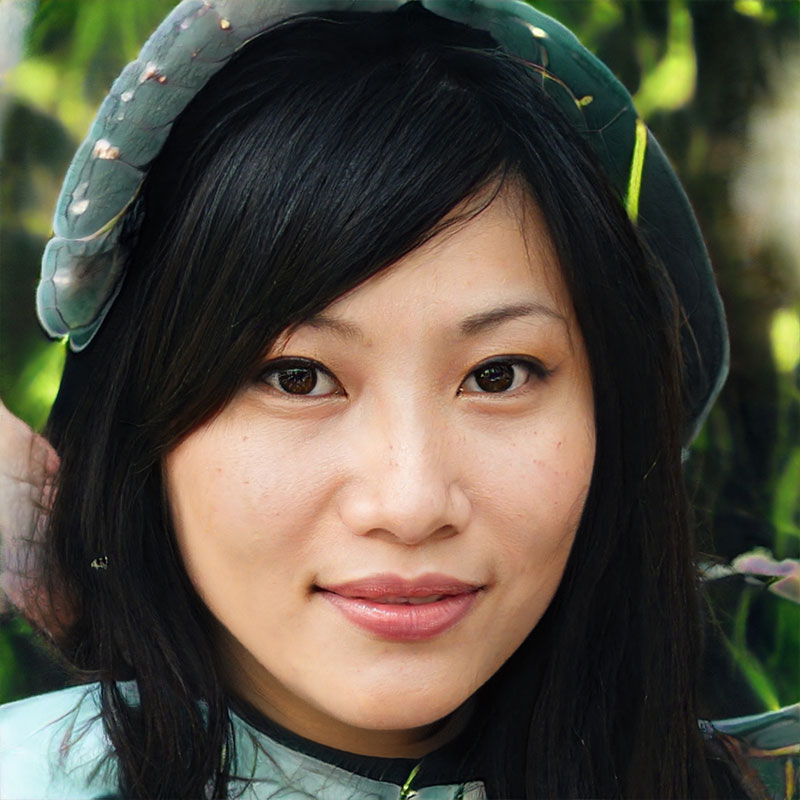 Machine-learning systems have played an important role in the race to develop a vaccine for coronavirus, helping researchers understand the virus and its structure. The UK has paid £1.5m for AI to help deal with the adverse reaction reports which are expected to be received from the mass COVID-19 vaccination programme currently being rolled out. (Only mild, short-term reactions are expected in a small percentage of people, but with millions being vaccinated that adds up.) The most time-consuming, expensive and potentially dangerous part of vaccine development is the clinical trial stage; the World Economic Forum's top 10 emerging technologies of 2020 lists virtual patients as a way that they are likely to become faster and safer in future.

After all that, if you're still not convinced that anything positive has come out of 2020, you just need to watch the recent Boston Dynamics video.

What's the opposite of a staycation?

We finally achieved our dreams of being able to work from anywhere in the world that has a mobile signal. So we spent a week at a glorious guest host in the Sierra Nevada in southern Spain.

Working long hours can kill you

A new study by the WHO shows a relationship between working long hours and premature death, but it's just the latest in a series that show the same thing: don't spend too long in the office!

"Iteracy bring to web developments not only highly creative designs and solutions but solid technical expertise."