We're all familiar with the blocky black and white image of a QR code, my question is why? It seems that, just as in the 19th century California gold rush or the tulip mania of the 17th century, we've all gone a bit QR crazy.

QR code stands for Quick Response code and essentially it's just like a barcode (similar to the ones on the labels of supermarket products) but in a matrix format. It was invented in 1994 by a Japanese automotive company called Denso Wave for use in Toyota's manufacturing process. QR codes can store more than 300 times the data of a regular barcode, which contains less than 100 characters. Denso Wave holds a number of patents relating to QR codes but has chosen to waive rights in order to promote wider usage.

And usage has certainly taken off. According to Blue Bite, QR interactions have increased by 94% from 2018 to 2020. There wasn't a lot of interest when they first started appearing over 10 years ago but these days, most people in the US and Europe have a mobile phone with a QR reader built into the camera. Equally important is that people now recognise a QR code when they see one and know what to do with it.

Take-up during the Covid19 pandemic has increased even further, perhaps due to the possibilities of using them for hands-off interactions, with a survey in September 2020 showing that 19% of consumers in the US, UK, Germany, France and Netherlands noticed an increase since March 2020.

The QR code image typically contains blocks of black and white in what looks like a random pattern. There are some key elements to the pattern which must be present in order for it to be read. As you can see from the diagram below, the larger black squares with white and black outlines are used to help QR readers understand the correct orientation so that all the other information can be read correctly. This shows all the possible features for a QR code - some of them are optional but they help with readability on blurry or low-contrast photos. 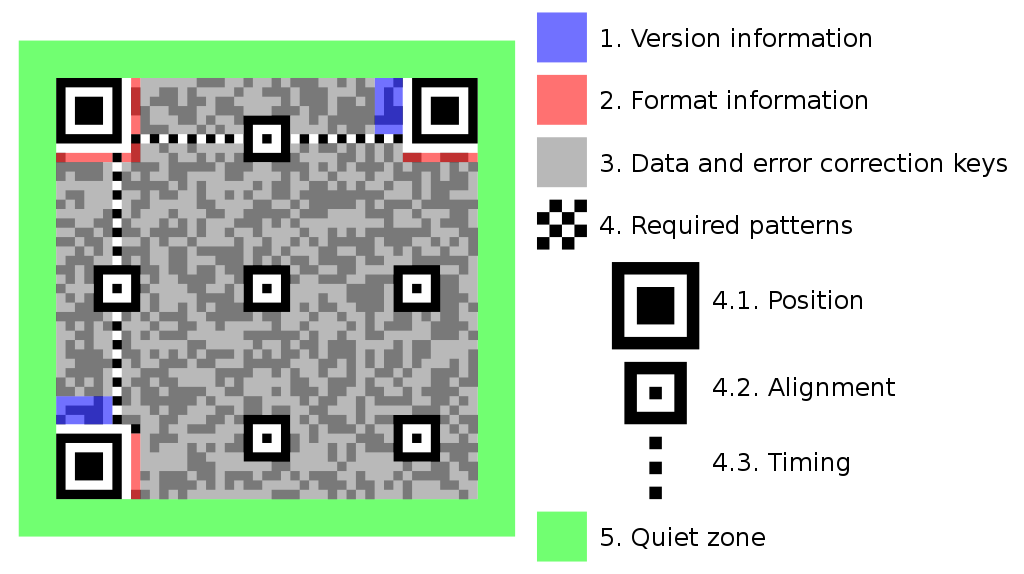 Apart from the basic features which are essential for a QR code to work, there is a lot of flexibility in how the rest of the image looks. If you're using a QR code to translate to a URL it doesn't need to be a very large or complex image.

What I can't understand is why so many instances of QR codes are basic and boring when there are so many possibilities to make them more interesting and attractive. Here are some examples of QR art from creative agency Jess3 (these all work if you view the full-size versions in the Jess3 project page): 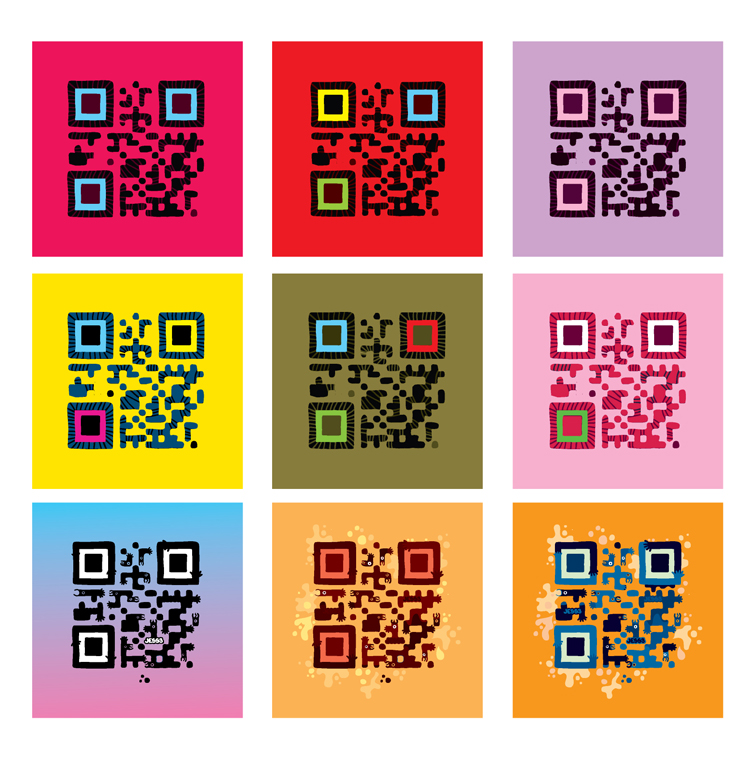 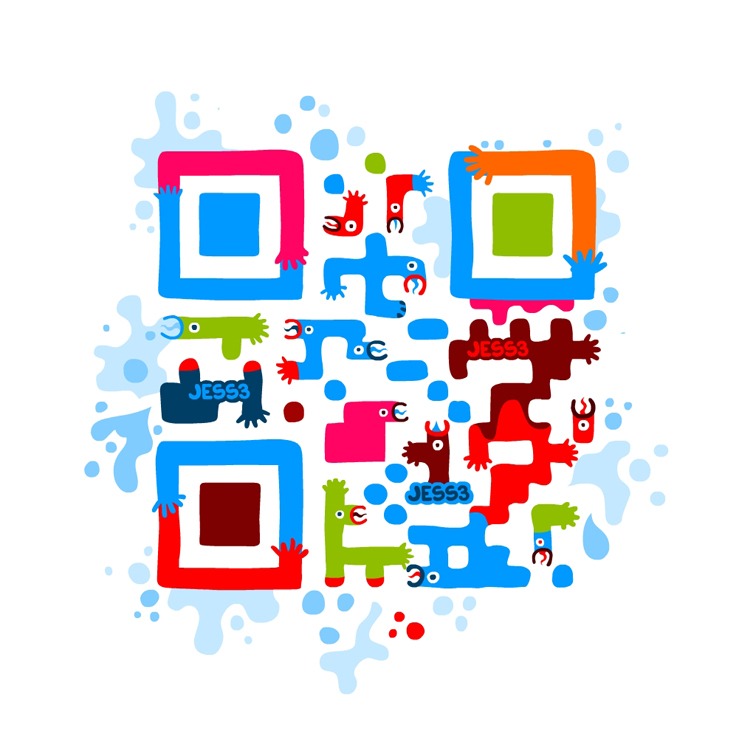 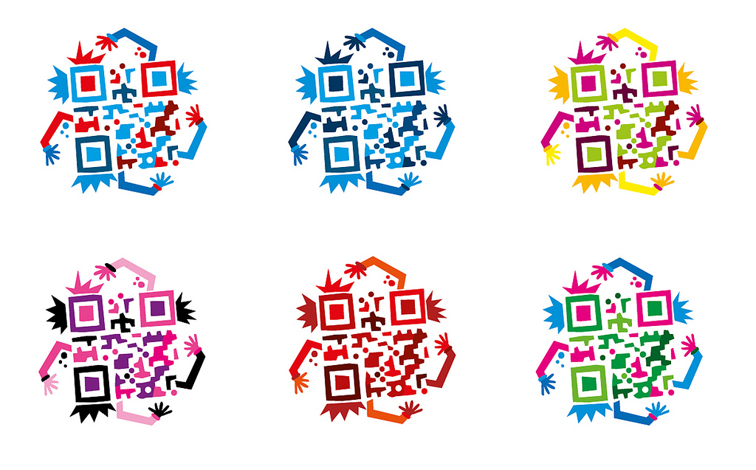 The real mystery however is usage... QR codes are a way for machines to read data from a graphic. The data could be anything from a URL to a flight boarding pass or a Covid19 vaccination certificate. In many cases, QR codes will be on real-world items such as a poster or a product label and once scanned will simply redirect you to a website address. In certain situations, you may want to connect two devices in which case the QR code will be on screen. For example, the web version of Whatsapp is validated by scanning a QR code on your desktop or laptop with your mobile phone.

It makes NO SENSE WHATSOEVER to have a QR code containing a website address displayed on a web page. We have the technology to deal with that already: it's called a hyperlink. Do you remember how those work? They're those funny bits of coloured text, buttons or images that typically turn your cursor into a pointy hand when you hover over them.

Whenever I see a QR code on a web page or in a tweet, my reaction is: what am I supposed to do with that?! If I'm using my mobile phone I'd have to take a screenshot in order to use the QR reader in my camera (I'm not even sure if that would work). A link is all that's required in this case.

However, there's no point in tearing my hair out over this because the people have spoken. The QR code star is on the rise and - although they can hardly be described as sexy - they're all over the place and look set to stay. It seems like every time there's something new, like NFTs or the blockchain, we try to use it in every conceivable situation even if there are better tools for the job.

QR codes absolutely have an important use; they certainly make life easier when it comes to typing in a fiddly website address and their recognisable shape is a great "scan me" call to action. My plea is that we use them appropriately and that they are integrated into designs with imagination and creativity rather than something that look like it belongs on a car assembly line (ensuring that they still work of course!)

And never EVER use it instead of a hyperlink!

Apple's new protections for children come at a price for everyone

The headlines this week that Apple are changing their software to scan for images of child sexual abuse have worrying implications for privacy in general. Read on to find out more.

Getting arty with Dall-E 2

"Mat and Kat are fantastic to work with and they deliver amazing results!"